The coronavirus outbreak has been a deliberate bioterrorist attack against China and Iran, according to Heshmatollah Falahatpisheh, a member of the National Security and Foreign Policy Committee of the Majlis (Iranian Parliament).

Mr. Falahatpisheh made the remarks in an interview with the Iranian Students News Agency (ISNA) on March 6.

“Iran could have contained the coronavirus if it were not under sanctions,” Falahatpisheh argued. “[U.S. President Donald] Trump and [Secretary of State Mike] Pompeo have been lying about the coronavirus causing an organic disease. Bioterrorism is responsible for the spread of the virus in China and Iran. We should not ignore this. The battle against the virus, therefore, should be part of our civil defense strategy. We must create an entirely new agency to deal with this issue.”

“The world has to battle bioterrorism from now until 2030,” Falahatpisheh noted. “We must create an independent organization that would deal only with this problem. We must also have a bioterrorism defensive strategy similar to our military defense program.”

“Americans will not help us. They are even trying to sanction the purchase of medical equipment and medicine,” Falahatpisheh said. “The Islamic Republic must import 3 percent of its medicine to meet its domestic need. Sanctions have created a serious problem. Donald Trump and Pompeo must lift all sanctions if they want to help Iran stop the spread of coronavirus.”

“Iran helped Pakistan, Afghanistan, and Iraq when those countries were in the middle of an epidemic,” Falahatpisheh pointed out. “Coronavirus will soon spread to those countries. Trump and Pompeo must lift the sanctions if they want to stop the virus from spreading across the region. Trump’s offer of aid to the Islamic Republic is just political posturing; otherwise, he would not have said that ‘the U.S. was ready to help Iranians with this problem — all they have to do is ask.’”

Falahatpisheh is not the only high-ranking Iranian official accusing the U.S. of bioterrorism.

In an interview with the semi-official Fars news agency on March 3, Brigadier General Gholamreza Jalali, the commander of Iran’s Civil Defense Organization, said: “Based on reports, initial analysis, and some evidence, we can conclude that the enemy has been responsible for the coronavirus outbreak. To confirm our suspicions, we will need expert investigation and laboratory research, which involves comparing the original genome [genetic sequence of the novel coronavirus] with its subsequent mutations.”

On Feb. 28, the U.S. Department of State released a statement offering to help Iran with its outbreak of coronavirus.

“The United States stands with the people of Iran during the public health crisis caused by the outbreak of the novel coronavirus (COVID-19). The U.S. Government is prepared to assist the Iranian people in their response efforts,” the statement said. “This offer of support to the Iranian people, which has been formally conveyed to Iran through the Government of Switzerland, underscores our ongoing commitment to address health crises and prevent the spread of infectious diseases.”

“The United States calls on Iran to cooperate fully and transparently with international aid and health organizations,” the statement added. “We will continue to work closely with countries in the region to help address unmet needs in response to the virus.”

The next day, Mr. Pompeo appeared in front of the House Foreign Affairs Committee to discuss the administration’s Iran policy and the assassination of the commander of the Islamic Revolutionary Guards Corps’ Qods Force (IRGC-QF) Lieutenant General Ghasem Soleimani, who died on Jan. 3, in a targeted drone strike on Baghdad International Airport.

“We have made offers to the Islamic Republic of Iran to help,” Pompeo said during the hearing. “We have made it clear to others around the world and in the region that humanitarian help to push back against the coronavirus in Iran is something the United States of America fully supports.”

The Iranian Foreign Ministry was quick to reject the U.S. offer, calling it “ridiculous.”

A tweet by the Iranian Foreign Ministry (@IRIMFA) on Feb. 28, said: “The U.S. Secretary’s offer to help Iran with coronavirus comes from a country that has used economic terrorism to pressure Iranian people, making it impossible for them even to purchase medical equipment and medicine. The offer is only a political and psychological game and is utterly ridiculous.”

“Iran does not have robust health infrastructure and the government there not sharing coronavirus information, says Pompeo, adding U.S. willing to assist it to help respond to the spread of the disease,” A tweet by Steve Herman of the Voice of America (VoA) said on the same day. “This offer of help from the State Department to Iran for the coronavirus outbreak has already been rejected by the foreign ministry in Tehran, where a spokesman calls it ‘ridiculous.’”

Meanwhile, Iran is rife with conspiracy theories that promote the absurd notion that the U.S. is behind every problem in the world.

A social media user, @GhadiriNetwork, tweeted: “Trump kept his promise of attacking 52 cultural sites in Iran. The virus has attacked all cultural, scientific, educational, and religious centers in Iran.”

The “52 cultural sites” was a reference to a tweet President Trump posted on Jan. 3, when tensions between Iran and the U.S. were reaching boiling point. He said: “Targeted 52 Iranian sites (representing the 52 American hostages taken by Iran many years ago), some at a very high level & important to Iran & the Iranian culture, and those targets, and Iran itself, WILL BE HIT VERY FAST AND VERY HARD. The USA wants no more threats!”

Meanwhile, some Gulf States such as Kuwait and Qatar have shipped medical supplies and medicines to Iran.

A tweet by Kayhan London on March 5 said: “Qatar Airways has delivered the second international humanitarian aid shipment to Iran.” 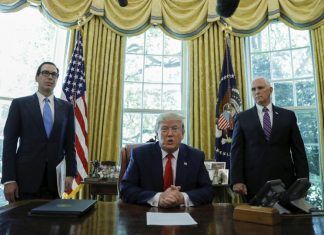 U.S. Policy Of ‘Maximum Pressure’ on Iran Has Been Effective, Analyst... 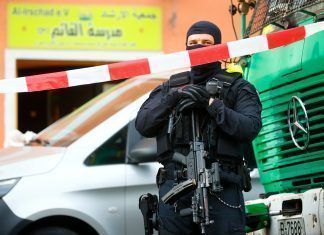 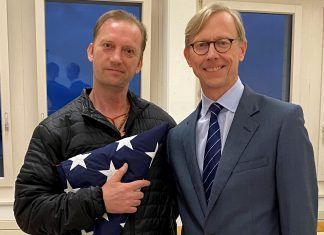