The Lauderdale Road Spanish and Portuguese Synagogue in the west London neighborhood of Maida Vale held a ceremony on Oct. 29 to mark Cyrus the Great Day, the founder of the ancient Persian Achaemenid Empire (550 BC-330 BC).

In his opening remarks, Dr. Namdar Baghaei-Yazdi said Oct. 29 marked the day that Cyrus the Great entered the city of Babylon in 539 BC and liberated the Jews who had been enslaved for years, adding that the day was historically significant and held a special place in the hearts of Jews and all Iranians.

The celebration officially started with the pre-revolutionary Imperial Anthem of Iran. Next, several participants walked on stage wearing Achaemenid costumes, one of them representing Cyrus the Great and standing with the speakers.

Before introducing the first speaker, Mr. Baghaei said the celebration was taking place two days before Crown Prince Reza Pahlavi’s birthday on Oct. 31. A photograph of the Crown Prince was on the wall of the hall where the ceremony took place.

“You know that Jews have an ancient history, and we have a long tribal legacy. This ceremony is as important to us Jews as it is to you Iranians,” Rabbi Dweck said. “What matters is how we view and interpret historical events.”

Praising the late Mohammad Reza Shah Pahlavi (1919 AD-1980 AD), who reigned from 1941 to 1979, Rabbi Dweck said: “The late king knew well the significance of a historical legacy for the people. He had in-depth knowledge of Iran’s ancient and rich history, and therefore, showed people the link between modern Iran and its ancient history and legacy dating back to 25 centuries ago.”

“History exists in our consciousness and understanding. Jews do not trace back their historical origins to their patriarch Abraham but to his father, Terah. We cannot manufacture an arbitrary origin for a nation,” Rabbi Dweck explained. “Mohammad Reza Shah Pahlavi referenced Cyrus the Great (600 BC-530 BC) and documented historical events between 559 BC and 539 BC to establish the historical origin of Iran.”

“Nabonidus was the last king of the Neo-Babylonian Empire, and ruled from 556 BC until the fall of Babylon to Cyrus the Great in 539 BC. Although a powerful king, Nabonidus ruled by trying to subjugate and control his people and create a homogenized nation, which meant eradicating ethnic and religious identity of various communities living under his rule.” Rabbi Dweck said.

“Nabonidus’s ancestor, Nimrod [a biblical figure in Hebrew and Christian traditions] built the Tower of Babel to force people to stay in one place, speak the same language and do the same thing. However, he ruled over ethnically, culturally, and spiritually diverse people. So, when Cyrus conquered Babylon, he recognized that the ruling power must acknowledge, respect, and accept a multi-cultural and multi-ethnic nation with a wide range of religious beliefs and spiritual practices. So, he allowed his subjects to practice their faith as long as they paid their taxes.”

“The successors of Cyrus the Great, especially Xerxes, continued this style of governing. He also insisted on freedom of speech and religious belief, which is a sign of his strength,” Rabbi Dweck said. “We Jews believe that the blood of Xerxes-I [Xerxes the Great, the fourth Achaemenid’s king, ruling from 486 BC to 465 BC] is flowing in our veins because his wife, Esther, was a great Jewish woman who also did good deeds for her people. Cyrus the Great’s ideas are eternally carved on the Cyrus Cylinder [inscribed in the Akkadian language, on a baked-clay cylinder] housed in the British Museum. He is a prophet for us.”

The Rabbi pointed out that while this was “not public, there was a friendly relationship between Iran and Israel in the late king’s [Mohammad Reza Shah] time. That is why this ceremony is so important for both Iranians and Jews.”

“We strive precisely for the recognition of ethnic and religious diversity, and we pray that these great connecting thoughts and beliefs that can be traced back to Cyrus the Great will prevail in the world,” he concluded.

After Rabbi Dweck’s speech, Mr. Bahman Parsi, a tonbak virtuoso, recited a poem from the Shahnameh, the “Book of the Kings” by the Persian Poet Abolghasem Ferdowsi Tusi (940 AD-1020/25 AD). Participants were also treated to a hymn titled “Cyrus the Great” from Vahid Zardi’s album Manshur (“Charter”), released in 2014. It praises Cyrus and was recorded by the Iranian Symphony Orchestra. The hymn has been banned in Iran.

“We must demythologize the sanctified and glorified notion of our history and adopt a critical view instead,” Dr. Kavir noted. “Some of us have deified Cyrus, so I will try to bring him down to earth and answer questions about who Cyrus was, how he lived, and what he said and accomplished. I want to understand what has been written about him in various books, including the Torah.”

“I want to know how, as a wise man and decent human being, he ruled over a vast territory for nearly thirty years,” Dr. Kavir said. “Cyrus was a political genius and an astute military leader and entered history at the dawn of the Iron Age. He unified various tribes scattered throughout the territories of a vast empire, and that was his greatest achievement.”

Speaking about the legacy of Cyrus the Great, Dr. Kavir said: “What did Cyrus leave us? One is the emblem of Forouhar [also known as Faravahar, one of the oldest symbols of Zoroastrianism], and the other is Derafsh Kaviani [the royal standard used until the fall of Sassanid Empire, reigned from 224 AD to 651 AD], the first official flag of Iran that symbolized the nation for nearly 1500 years.”

“Most researchers accept Anshan [in the Zagros Mountains region in southwestern Iran] as the birthplace of Cyrus. Anshan is one of the oldest civilizations formed in Iran. Although many texts and rock reliefs from that period have survived, not much is known about the ancient civilization,” Dr. Kavir explained. “Anshan is the birthplace of the Persians, where they established their first kingdom, which later became the world’s first great empire. Anshan is the birthplace of an ethnic group that all other ethnic groups consider to be their ancestors, and the name Persian Gulf is derived from that.”

“Cyrus’s name appears in ancient books and rock reliefs in Pasargadae [in the southwestern province of Fars] and Behistun Inscriptions [in the western province of Kermanshah], and in the works of ancient Greek historians and philosophers such as Herodotus [484 BC-425 BC] and Xenophon [430 BC-354 BC]. He is also mentioned in the Koran.”

“Plato said that contrary to common belief, the Achaemenid monarchy was not an authoritarian strong-man rule, but a governing system consisting of seven families who consulted each other on every matter,” Dr. Kavir explained. “Xenophon’s longest book ‘Cyropaedia,’ written around 370 BC, is Cyrus’s [partially fictional] biography and is a significant source for understanding Cyrus. Xenophon was a writer, soldier, and student of Socrates [470 BC-399 BC] from Athens.”

In conclusion, Dr. Kavir highlighted Cyrus’s efforts to create equality in ancient Persian society and said: “The age of enlightenment arrived in Europe. Thinkers and philosophers such as [Niccolo] Machiavelli, Jean-Jacques Rousseau, and in America Thomas Jefferson and John Adams read Xenophon and believed that it offered a model for reforming the medieval political regression, and helping to develop modern society and credible governing system.”

The program ended with everyone joining in singing “Ey Iran,” a song that serves as the country’s unofficial national anthem. 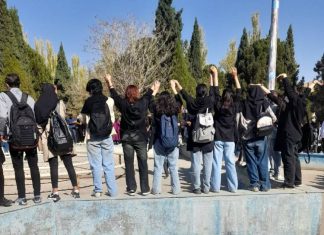 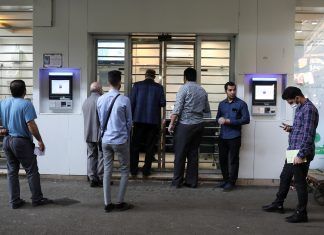 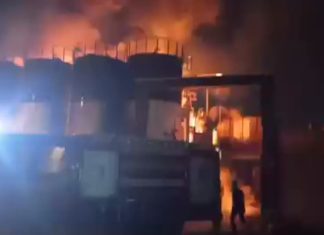 Israel Appears to Have Been Behind Drone Strike on Iranian Factory... 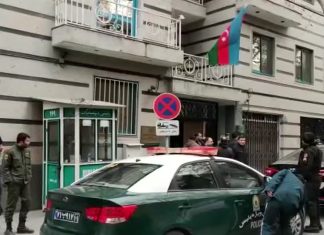