The Iranian artistic community has publicly expressed support for anti-government protests which erupted after the Islamic Republic admitted its military had “mistakenly” shot down a Ukrainian passenger plane near Tehran’s Imam Khomeini International Airport on January 8, killing all 175 people on board.

A number of prominent artists attended a candle vigil for the victims of the Ukrainian plane crash at the Amirkabir University of Technology in Tehran, including the award-winning internationally acclaimed Iranian film director Jaffar Panahi, Hediyeh Tehrani (actress), Reza Dormishian (film director) and Parastoo Salehi (actress).

As Kayhan London tweeted earlier this month: “Massoud Kimiai [prominent Iranian director] will not take part in the state-sponsored Fajr Festival. Kimiai has announced his decision in a video clip.”

In the accompanying footage, Kimiai said: “Greetings to everyone. I am sad. I made a film this year titled ‘Blood’ which I intended to show at the Fajr Festival. I have never been a big fan of [film] festivals. People are my priority. They are going through a tough time, and not a day goes by without us hearing some bad news. I don’t want to showcase my film at the Fajr Festival, out of respect for people. I am offering my condolences to the public on the loss of those passengers.”

According to unconfirmed reports, film director Hooman Seyyedi has turned down an invitation to be a juror in this year’s Fajr Festival.

Online film and culture news websites Café Cinema and Cinemafa have also said that they will not file any report on the festival.

Independent filmmakers have little chance to get their films screened at the festival this year, given that the final selection includes five movies produced by Owj Arts and Media Organization, which has close links to the Islamic Revolutionary Guards Corps (IRGC).

The renowned composer and Tar virtuoso Kayvan Saket tweeted: “In solidarity with the grieving and oppressed people of my homeland, I will not take part in any of the artistic events at this year’s Fajr Festival, either as an artist, or a juror or a spectator.”

Veteran graphic artist, photographer, and painter Ebrahim Haghighi tweeted: “This bitter climate and lies have made it impossible for me to be part of a festival that supposedly represents joy. I am sad.”

The decision by several prominent art guilds and organizations to pull out of the Fajr Festival has delivered a blow to the Ministry of Culture and Islamic Guidance.

The art director of Fajr Visual Art Festival Kiyanoush Gharibpour and several jurors in the painting, graphic design, sculpture, photography, pottery, cartoon art, and calligraphy sections have also pulled out of the festival.

Iranian state media have, however, played down the significance of the mass boycott of this year’s festival.

“A pseudo-intellectual movement has been trying to discourage film directors from taking part in this year’s festival after Massoud Kimiai pulled out of the event,” the Tasnim News Agency said on January 12. “A film critic with the initial ‘P’ and several of his friends have allegedly hatched this plot.”

“What we must say at the outset is that the country has been going through a painful experience in recent days, and our artistic community has expressed its sympathy with the grieving public,” Tasnim noted. “However, it begs the question why are some of those involved in the 12th Visual Arts Exposition of the festival — who are ‘Known Disruptive Elements’ — should create a new crisis at the time when our enemies are posing severe challenges to us?”

“Why have the organizers of the 12th Visual Arts Exposition of the Fajr Festival selected a jury member in this category who worked with the disgraced artistic movements of the Pahlavi era?” Tasnim argued. “Mahnoosh Moshiri, a juror in the ‘Illustration and design’ section, took part in the Shiraz Art Festival and worked as a graphic designer in the disgraced [Pahlavi] period. It is unclear why a person with such a background should be a juror at the festival?”

Mahnoosh Moshiri and other jurors in the 12th Visual Arts Exposition of the Fajr Festival including Ali Hashemi Shahraki, Ali Khodaei and Peyman Rahimizadeh — all members of the Iranian Illustrators Society (ISS) — have offered their condolences to the grieving families of the victims of the Ukrainian plane crash and said that “emotional considerations prevent them from cooperating with this year’s Fajr Festival.”

Onish Aminelahi, Mehdi Mehdian, Ali Bagheri and Mehdi Fatehi — all jurors in the “Graphic Design” section in the 12th Visual Arts Exposition — released a statement that said: “We will not take part in the festival because we cannot close our eyes to what is happening in the country.”

Kiarang Alaei, a juror in the “Photography” section of the 12th Visual Arts Exposition, posted a message on his Instagram channel saying that he and some of his fellow photographers, including Romin Mohtasham, Seifollah Samadian, and Shahriar Tavakoli will not take part in this year’s Fajr Festival.

Mr. Alaei said: “As independent artists, we initially accepted the invitation to be jurors. However, we cannot continue with our duties. We thank all those photographers who have submitted their works to the exhibition. We also offer our sympathy and condolences to the grieving Iranian public. Issues concerning humanity, however, take priority over artistic events.”

Not everyone in the Iranian artistic community is boycotting the Fajr Festival.

Mohammad Hossein Niromand, a prominent cartoonist and designer, has accused the organizers and judges of the 12th Visual Arts Exposition of politicizing the crash of the Ukrainian passenger plane.

“We should not entrust crucial cultural matters to artists who do not believe in the [Islamic Republic] system,” Mr. Niromand said in an interview with the Mehr News Agency on January 12. “The martyrdom of those dear souls [victims of the Ukrainian plane crash] has given an excuse to some people to advocate the U.S. interest in Iran, particularly after the missile attack on the American military [Al Asad Air Base] in Iraq.”

“Last year, we held a meeting with an organizer of the Fajr Festival who said that their committee had invited a director of an art organization to join them, but the person had wondered if the Islamic Republic would still be in power by 2019,” Niromand added. “It is painful to hear that. It is unclear what the leaders of the artistic community have in mind. Why have they pinned their hopes on people who do not believe in the Islamic Republic?”

An Instagram post by Teatrbazhaa, a theater, and culture news website, said: “Some 100 artists in Mashhad [capital of the northeastern province of Khorasan Razavi] have boycotted the 38th International Fajr Theater Festival. In solidarity with the grieving Iranian people, Adidas, Gianni Schicchi, and Khodaye Jang (God of War) theater companies have decided not to take part in the Fajr Festival.”

The Theater Forum’s Public Relations Guild also released a statement asking everyone in the artistic community to condemn the downing of the Ukrainian passenger plane and voice their support for the grieving Iranian public.

The head of the City Theater of Tehran’s public relations office, Amir Azimi, has reportedly resigned.

Many artists have posted messages on their social media accounts condemning the downing of the Ukrainian passenger airliner.

Saba Rad (TV presenter) and Zahra Khatami (journalist) posted messages on their Instagram channels, saying that they had quit their jobs at the Islamic Republic of Iran Broadcasting (IRIB).

“Our minds do not need to be entertained. Our hearts must be consoled,” Ms. Rad wrote. “I am grateful for all the support I have received through the years. I have worked in Radio and TV for 21 years, but cannot continue with my work in the media any longer.”

“These presenters should know that the operations at the [IRIB] TV will not suffer,” Hassan Soltani, the presenter of IRTV program “Political Analysis of The Day,” told Tasnim. “There will not be a shortage of presenters. They decided to leave. We will see what the future hold for them.” 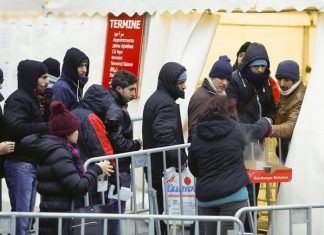 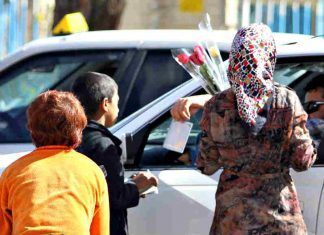 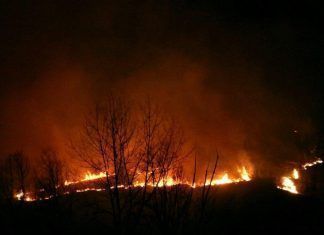